Why Being Creatively Brave Matters, Now More Than Ever 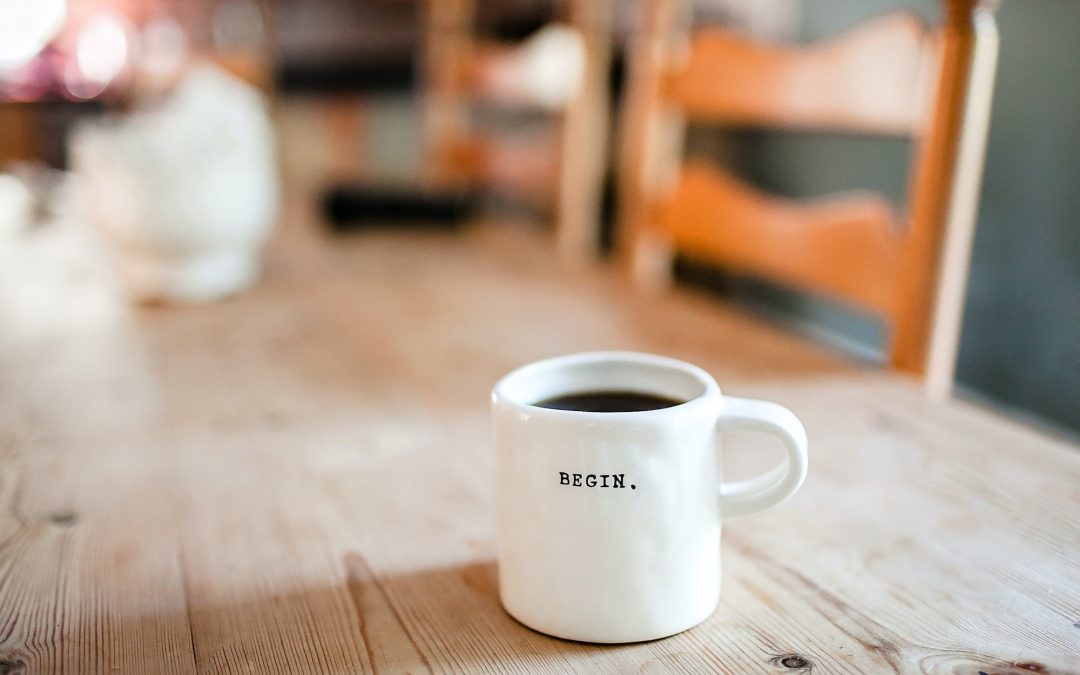 As I was watching the new Disney Gallery: The Mandalorian Documentary on Disney+ (my newest guilty pleasure during quarantine), I was drawn in by something Jon Favreau, writer and executive producer, said. He was moderating an interview with the six amazing directors on the Mandalorian, when he said “Someone who is creative and is smart will not be afraid to kind of jump out of the plane before the parachute comes out after you. And so, everybody here are creatively brave, that’s really the unifying thing because you all have different levels of experience, different backgrounds…”.

The minute he uttered the words, I thought…..YAAASSSSS! That’s it! Being “Creatively Brave” is the indescribable thing that creates energy, attraction, excitement, and pure magic. I was immediately transported back to 1983, when I was nine years old, and it was the first time I witnessed what you’d call “creatively brave”. It was the premier of the Cyndi Lauper video, Girls Just Want to Have Fun. In that very moment, watching MTV, it was like I was like I was Dorothy stepping out of a sepia-tone Kansas, into OZ and full on technicolor.

I watched the entire world come alive in front of me. Cyndi Lauper with her flame red hair, punk-rock style, dancing down the street having fun in a world that clearly didn’t understand her, and she didn’t give a damn. It was my everything, and to the little girl with big ideas who often felt misunderstood, it was my first realization that maybe I didn’t have to care what the world thought. Maybe, just maybe, I could be brave, live life in technicolor, dance down the street, be authentically me, and not give a damn what others thought. Maybe I would even have a few other cool people follow along for the ride, like Cyndi’s girls dancing behind her. Like a tribe of like-minded awesome people that paraded down the street teaching the world a new cool way to live. Wow, that was the dream.

Every time that song played on the radio, it felt like freedom. In a brave moment, I even decided that instead of spelling my name the traditional way “Cindy” I was going to change it to be more like my new idol “Cyndi”, so the next day at school I started writing my new name at the top of all my schoolwork. I spelled out C-y-n-d-i. I stared at how it looked and man, did I feel cool. Well, until the teacher returned my assignment with a parent signature form attached (you know the ones your parents have to sign and return), and there was my beautiful new name circled in dreaded red ink, with a comment that read “She’s spelling her own name wrong!”. I was horrified, not only did she not understand how cool I was she thought I was stupid. Instead of feeling defeated, I started to swell with anger.

Now, there was some history between me and my fourth-grade teacher, she wasn’t the kindest of ladies and definitely one of those teachers that had favorites, let’s just say I wasn’t one of them. In fact, she may be the reason I work so hard to make every client I train feel a sense of self-worth and inclusion, so thanks Ms. Shall Remain Nameless, you taught me how NOT to teach. Any who, I regress. Next up, I had to deal with my Mom’s reaction.

So, when I arrived home I handed over the red-marked schoolwork. My Mom, by the way, did not get the memo about me deciding to suddenly change the spelling of my name. My Mom said, Why did you spell your name this way? I told her the truth, that I changed it because I thought it was cooler and because I wanted it to be the way that Cyndi Lauper spells it. I told her that Ms. Shall Remain Nameless was mean and thinks I am stupid and besides the “y” comes before the “i” in Cynthia anyway!!! My Mom paused, and instead of telling me it was wrong for changing my name, or correcting me she did one of the greatest things ever. She got out a fresh piece of paper and penned a letter back to my teacher that read:

My daughter’s name is Cynthia, she decided to change the spelling of Cindy to Cyndi last week, and I support her decision. She can spell “Cindy” any way she likes because Cynthia is her legal name. Technically, in the name Cynthia the ‘y’ comes before the ‘i’, so it’s logically a better way to spell Cyndi anyway. I am not sure who created the original spelling of “Cindy”, but it appears my daughter has arrived at a better way of spelling her name and I applaud her intellect in making this realization. We understand you were not notified of the change, but thank you in advance for correcting the points deducted on yesterday’s schoolwork.

It was in that moment that I realized two things. First, my Mom was a total badass. To this day that was one of the greatest things anyone has ever done for me and I love her for that. Second, being creatively brave, stepping out in courage allows a space where the Universe will rise up to support you. Walking into school the next day I was like Cyndi Lauper dancing down the halls, to my own tune, and slapping that letter on my teacher’s desk was sweet justice but also the beginning of a lifetime of being creatively brave, I was in a way, free.

As so many of you are facing the impact of COVID19 to the travel industry, I want to encourage you that finding your creativity and your courage, and allowing yourself to be creatively brave are the magic tools that will help you rise through and above any challenge.

Now more than ever being creatively brave is producing major successes in our industry. Travel Professionals are leveraging things like video marketing, optimizing social media, creative offerings, building creative sales funnels, and introducing planning fees. These areas may be things you’ve been avoiding, are now a necessity for your business to thrive in the current marketplace. The good news is, the whole world woke up to how important having a well skilled travel advisor is. For those leveraging that new wave of excitement it’s a growing gold mine. The more creative you are the more opportunity you have for expansion.

Here are a few of the great things my clients are doing right now to grow:

Remember, necessity is the mother of invention. You NEED to keep your travel business alive, and better yet find ways for it to thrive. If you look at this as a season of learning, exploring, and testing you will come out of this victorious. In fact, when you learn to THRIVE in the hard times, it makes thriving in the good times a piece of cake.

If you need help with the above list, being creatively brave, or growing your travel business and employing strategies that are working right now; take my free Masterclass: www.careersonvacation.com/masterclass to learn the 5-shifts to a 6-figure travel business & beyond. I also have some free resources for both new and experienced travel entrepreneurs on our website: www.wanderlustceo.com

Until next time, I wish you much love & abundance. I wish you the world!

P.S. For those of you that want to be like the cool girls in Cyndi Lauper’s video and parade down the street with me, you can join my free group on Facebook. It’s where the creatively brave hang out regularly, and I invite you to join the fun: https://www.facebook.com/groups/careersonvacation/